When the state of California stuck the operator of a Gulfstream G450 with a $235,000 property tax bill, he thought it was over the top. So, he called Mente Group to see if something could be done. Jeff Dorrough, VP of Mente Group’s Asset Management team, explains how easy and inexpensive it was.

David Coppock, our Managing Director of the Central U.S., had a client operating a Gulfstream G450 out of Southern California who called him and said he felt the property tax assessment for his aircraft was a bit rich.

After all, the aircraft was almost 10 years old, plus Gulfstream’s recent discounting on the model line had sent values down. So David reached out to me after talking with the customer.

The county assessor had put a 2017 property tax assessment of over $21 million on the G450, which sounded pretty high from our experience. We suggested a routine desk appraisal, costing less than $5,000. With a desk appraisal, we look at data we have readily available instead of going out to evaluate the airplane. That makes it quick and cost-effective for operators.

In many cases, government bureaucracies go for the simple answer. They merely open a price guide, look at that year’s model number and say that’s what the value should be instead of really trying to understand the market and the actual value of a business jet.

For my desk appraisal we incorporated recent sales, current offerings and market data, and feel such info is critical in any appraisal. With that up-to-date information, the fair market value turned out to be a little over $11 million, about half what the state had assigned to it.

Next, we called the county tax assessor and were able to re-establish the base value to the appropriate number. As a result, we saved our client over $325,000 in the first three tax years after our analysis. If we had not intervened, they very easily could have overpaid on their taxes every year. Going forward, they save at least $100,000 annually. Because of that relatively quick desktop appraisal, the client earned a nice return for minimal cost.

The Process, the Details

Everything begins with communication between the client and us. In this case, they sent us the 2017 assessed value. We contacted the state to better understand how they set fair market value.

Honestly, every county does it a little bit differently. But California is also unique in the sense that they pretty much just open a price guide, look up the aircraft and that’s the assessed value.  It’s important to note that the further your particular aircraft is from a base standard version the greater we can help.  Items that can create these issues are, excessive usage or hours, no programs, highly customized interiors, and damage diminution.

During 2017, marketplace values were rapidly declining on aircraft, especially the G450 and G550. That was precipitated by Gulfstream reducing the list price of a new G450 from around $40 million to $27.5 million for the final year of the model’s production, which was 2017.

As a result, values for all the previous years of production went down. It was almost like a compression effect being felt on aircraft values. Speaking with the county tax assessor gave us an acceptable window of time that we could use to incorporate comparables.

The resulting county appraisal was much better. They corrected the value from $21 million to $11.3 million and issued a new tax assessment. We do these corrections for a lot of our clients.

Keeping on top of aircraft values is a big part of our business. We track sales and offerings of aircraft in the marketplace, and we then incorporate those sales into our appraisals.

We continually look at aircraft that are for sale and ones that have recently sold, and we line those up against an aircraft we are dealing with, making adjustments for year model, hours flown, condition, options on the aircraft, subsequent modifications they may have done to the aircraft, as well as maintenance items, paint and interior. We use those factors to establish the fair market value of any aircraft we handle.

It’s surprising how many times aircraft operators just take their tax assessment and pay it without thinking twice about it. Others look at it and say, “Well, that’s just not right.” And they can save themselves some money. We’re glad – and able – to help do that. 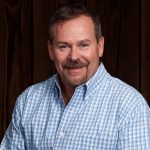 He is the lead appraiser and consultant for internal clients, as well as external assignments. During his career he has performed over 6,000 aircraft appraisals.  Jeff is a Senior ASA appraiser with the American Society of Appraisers in the field of Machinery and Technical Specialties, with 15 years of experience with business aircraft. Jeff is a graduate of Southern Methodist University with a major in Finance from the Cox School of Business.

He was previously the Asset Manager and lead appraiser for Bombardier Pre-Owned Aircraft Sales from 2002 through 2015, where he was directly responsible for managing the asset portfolio and valuation process. He was responsible for performing all aircraft valuations including Comparable Analysis, Trade Value Calculations, Residual Value Projections, and Damage Assessments, while providing quarterly market commentary. Jeff was instrumental in the writing and negotiation of trade policy for Bombardier Pre-Owned Aircraft Sales and assisted in the creation of damage assessment criteria which has been adopted by ASA for its education curriculum, as well as, several private industries. He conducts speaking engagements and is very active in business aircraft associations such as: NARA, NBAA, NAFA and his local chapter of ASA in Dallas, Texas.