The extraordinary value and importance of the referral is easy to quantify.  At Mente, we endeavor to leave a contrail of very happy, grateful clients that acknowledge the work we do on their behalf, and the fact that we’re fiercely protective of them.  Often, they show that appreciation by sharing their experiences with others, who then opt to place their trust in Mente Group as well.  It’s a win-win-win, and it works well for all of us.

Recently, a referral…from a referral – of a referral, engaged Mente to acquire a new ultra long-range aircraft.  The original dialogue began about a year earlier but remained largely dormant over that period.  To make things a little more interesting, the dialogue re-started with these first-time purchasers in late July, with entry into service required prior to the end of this year.  In addition, a management company, home-base airport, FBO and hangar location needed to be selected.  Fortunately, there is no better firm to tackle a complex acquisition with aggressive time constraints like these than Mente Group.

The clients came to us with an OEM and model already in mind based on their own experiences, their existing personal relationships, and with an understanding of their demanding mission.  Our Strategy Team built on that solution set and went to work validating myriad data points.  RFPs were created and submitted to two OEMs to ensure all applicable aircraft solutions were considered while maximizing value.  Responses were received and the iterative nature of RFPs ensued.  Pricing from one of the OEMs had been discussed and somewhat refined a year before.  Obviously, the world changed over the past year, and the pricing initially discussed in September of 2019 was no longer valid.  As the negotiations stalled a bit, Mente elected to spool-up the competing OEM just in case.  The result was more great options for the client; from near-term new aircraft, to pre-owned, to brand-new demonstrators, and undelivered aircraft made available by several versions of recent order cancellations.

In the end, this client changed direction in favor of more attractive/relevant pricing and superior performance on their demanding long-range mission.  Mostly, they responded to the willingness of one OEM to earn the order though rounds of productive, but aggressive negotiation.  In true Mente fashion, we drove additional, significant value into the overall transaction with additional equipment and parts & service credits.  We provided personal oversight and coordinated with the OEM to prepare the aircraft for delivery.   Concurrently, and coordinating with counsel, we initiated dialogue, evaluated all options, and negotiated extraordinary agreements for the aircraft management company and FBO – including a very complex hangar lease.

The jet arrived, closed seamlessly in an advantageous location, departed on business trips, and is now in continued operation for extraordinarily happy first-time whole-aircraft owners – who were referred to us by other delighted clients, and hopefully share their experiences with others.  Mente Group accomplished this project in roughly 45 working days.  This type of success obviously depends on the combined talent and experience of our team, as well as close coordination with outside counsel and an efficient working relationship with the OEM.  We have been intentional about designing and creating a firm to make it all look effortless and to be a resource on which our clients can rely for the entire lifecycle of their aircraft ownership.  In the end: “we make this stuff look easy…but it’s not.” 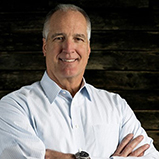 Jim is a member and active with NBAA, CBAA, the Columbia Aviation Association, the Cascade Aero Club, the Cirrus Owners and Pilots Association, the Oregon Pilots Association, and is a frequent industry presenter-speaker.  An active aircraft owner with an Airline Transport Pilot license, 8 type ratings, and over 10,000 hours of flight time, Jim volunteers his time and airplane for Veteran’s Airlift Command and Challenge Air missions.

Jim holds a Master’s degree in Aeronautical Science (Management Specialization) from Embry Riddle Aeronautical University and a Bachelor’s degree in Natural Science from Florida Southern.  Jim serves twelve western states, western Canada and the Pacific region for Mente Group from his base in Portland Oregon, and enjoys flying, cooking, travel and golf.